This year Kausal hosted FOSDEM’s Prometheus data on our dev instance. Sure enough, there was an issue that we discuss in this blog post. Kausal’s backend timeseries store runs on Cortex, a multitenant, horizontally scalable Prometheus. Hence this post-mortem is also a good resource on operating Cortex.

After the link to the FOSDEM Prometheus dashboard was tweeted, queries from the dashboard’s proxy took more than 10 seconds or returned with an error.

Repeated medium range queries (6h) hit an underprovisioned Querier service. Some Querier processes were OOM’ing. Furthermore, caches were ineffective because their timeout was too low (100ms).

The FOSDEM NOC informed us that some queries were taking long or producing errors (500s as seen by Grafana instrumentation [4]). Latency warnings started appearing in the Slack monitoring channel. Nobody was paged (by design–we don’t page for alerts on the dev instance).

Where we got lucky:

Some of these links need Kausal credentials. 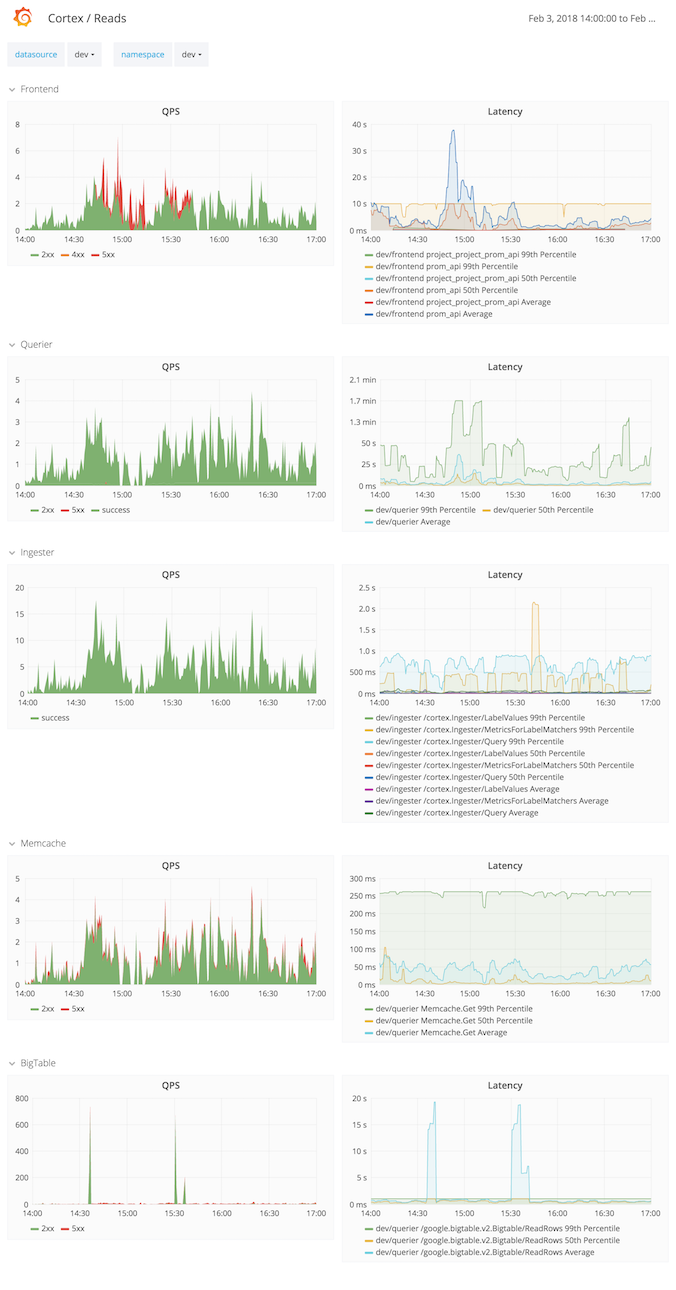